Jesus’ resurrection is an objectively irrefutable historical event. That is, if the seeker is unbiased and open-minded. Jesus came back from physical death to newness of life with a glorified body, never to die again.

Resurrection differs from resuscitation. Resuscitation brings a dead person back to life only to die again. For example, Jesus resuscitated: 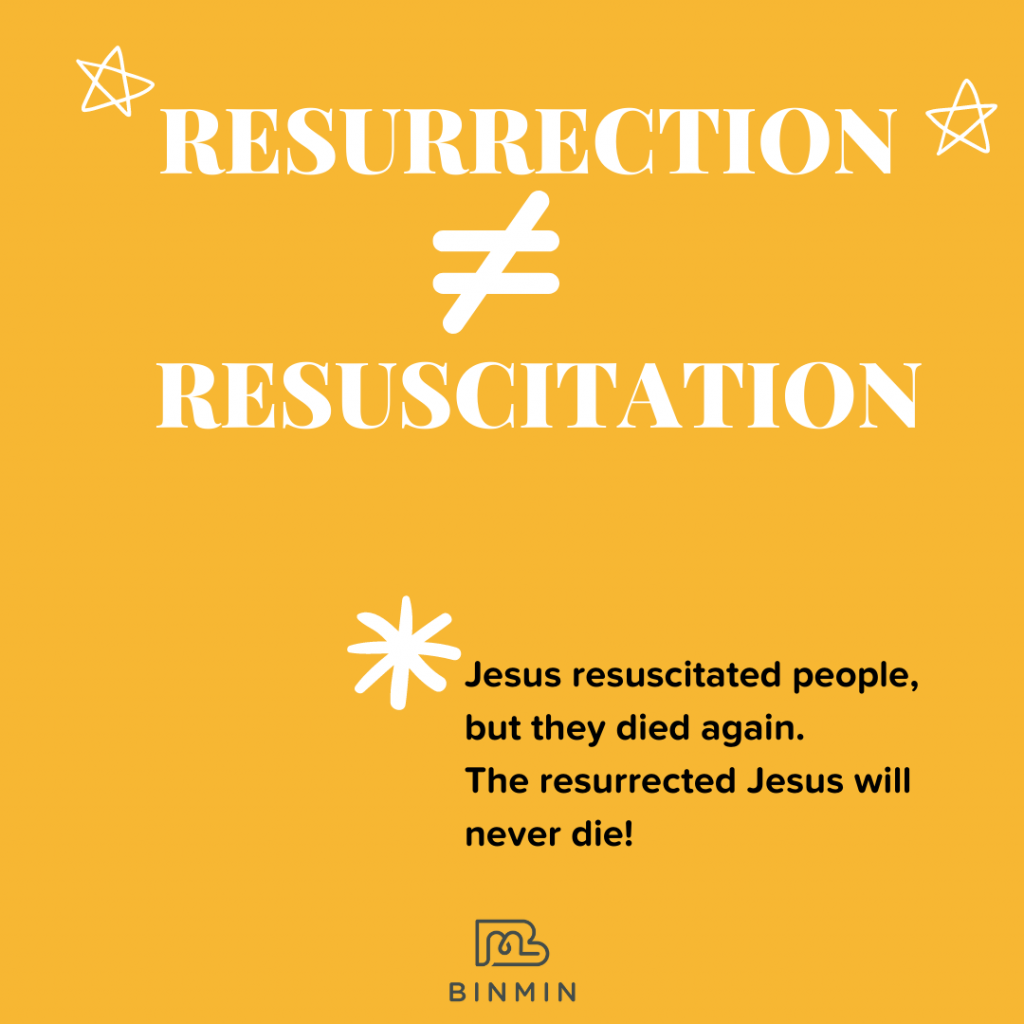 But Jesus was resurrected. He will never die again! And his glorified body is the prototype for our glorified bodies.

The glorified resurrected body is:

2.  Roadblocks to Believing in Jesus’ Resurrection 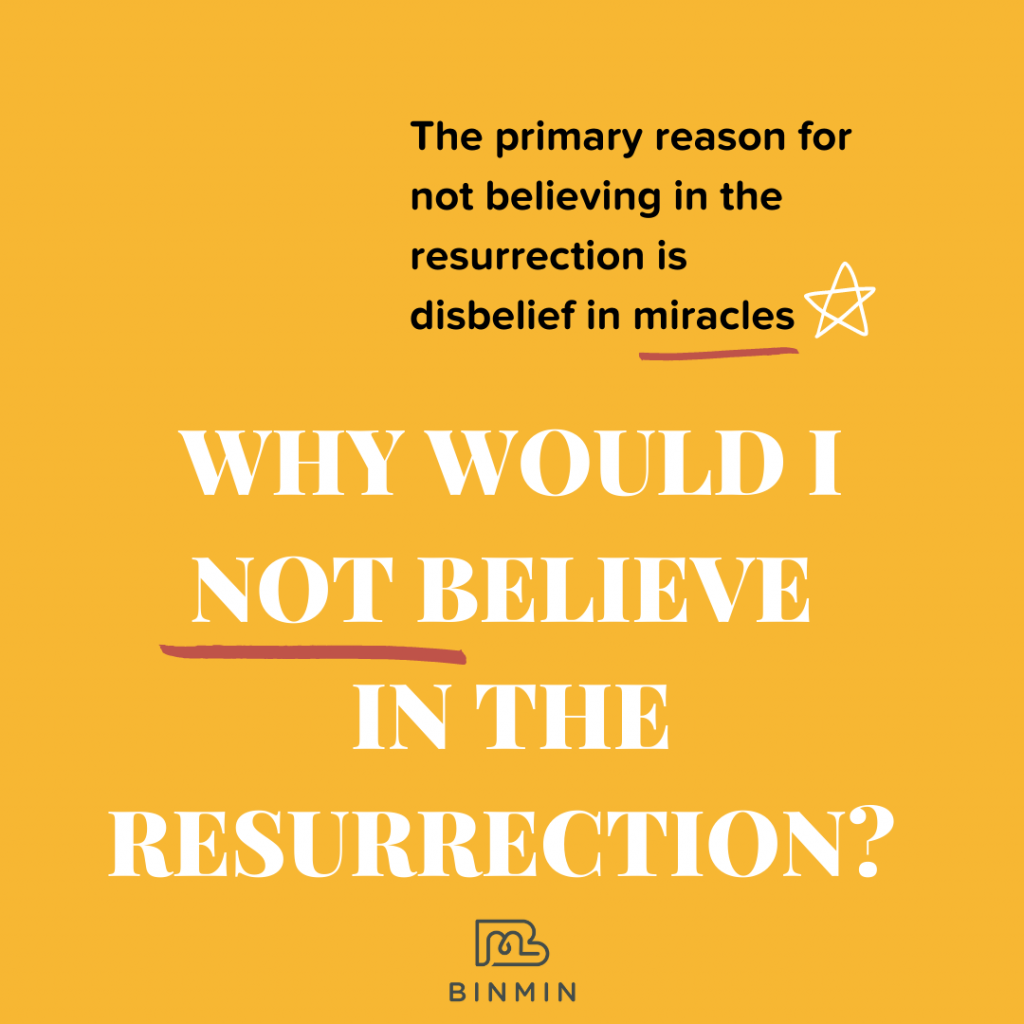 Whether or not you are a Christian, most people believe Jesus lived during the first century AD. Where we tend to disagree is concerning the resurrection story. In other words: “Did Jesus really rise from the dead?”

Why is Jesus’ resurrection such a matter of debate?

The reason is that many people don’t believe miracles can occur. Therefore, they are skeptical that a dead person can come back to life. For them, there must be some other non-miraculous (naturalistic) explanation!

3. What are the Gospel Accounts of Jesus’ Resurrection?

If we believe in Jesus’ resurrection, it means we believe he came back to life from physical death. He resurrected in a glorified physical body, never to die again (1 Cor. 15:1-4).

What do we learn when we combine these five accounts of Jesus’ death and resurrection? We learn that after he resurrected, Jesus appeared:

This evidence proves that these people believed their Savior had risen. Jesus could not have more unmistakably convinced these witnesses of his resurrection. 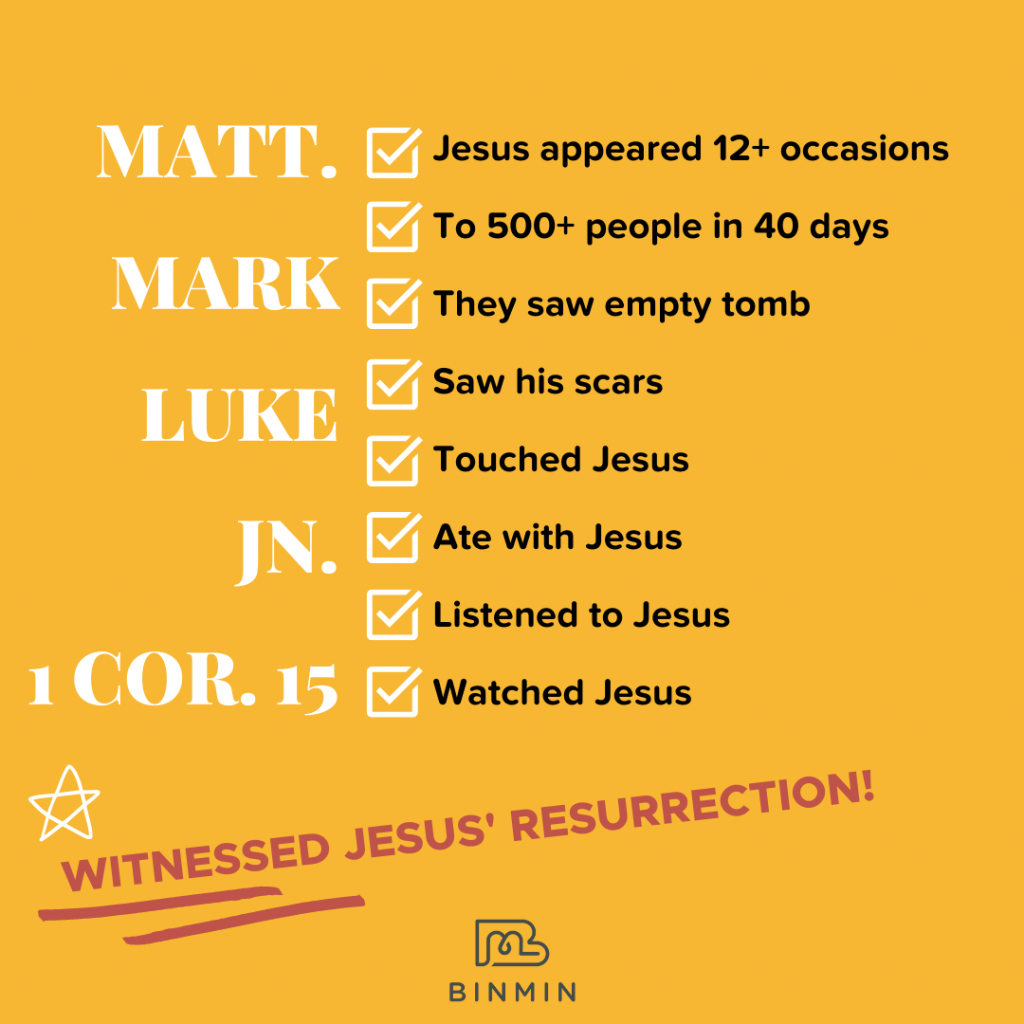 4.  Do the Four Gospel Accounts of Jesus’ Resurrection Contradict Each Other? NO! 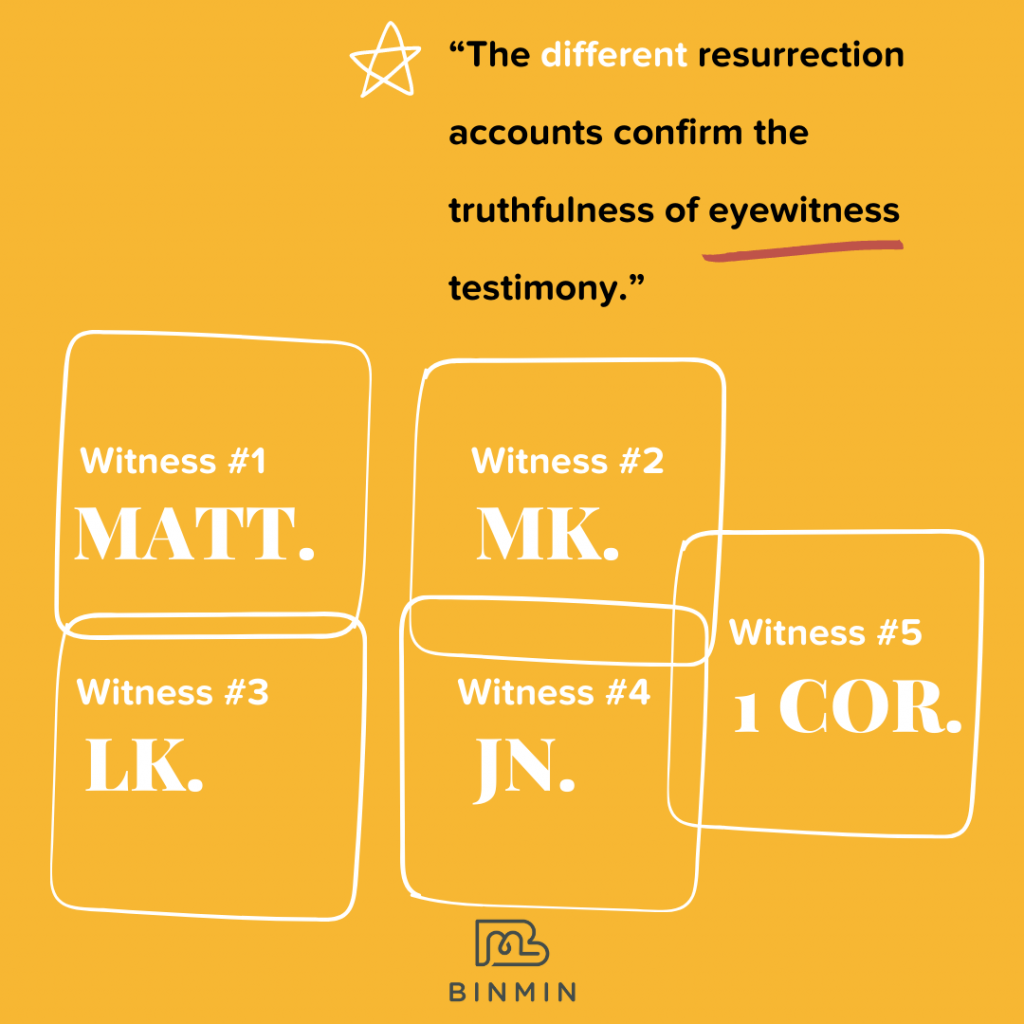 Many people criticize the New Testament accounts of Jesus’ resurrection as contradictory. Allow me to address and debunk these critiques.

Firstly, it is possible to harmonize the various accounts of Jesus’ resurrection. Secondly, these differences make the resurrection narrative more certain to be true.

That may lead you to ask: “How is that possible?”

a.  A Useful Analogy

Let’s use an analogy. Imagine that you are outside getting your mail when you see one car slam into another. Shocked, you run forward to check on the two individuals involved.

Thankfully, a local pedestrian and a motorcyclist have also stopped to help. Before long, a police officer shows up and asks you and the others to give evidence about the accident.

In total, the police officer gets five reports of the accident.

Will each report give the exact same details? Of course not!

For example, you hardly noticed what prompted the crash, but you did witness the collision. The pedestrian and motorcyclist, on the other hand, saw the entire event unfold from different vantage points.

In all, five people witnessed the accident. Yet evidence from each will differ in detail. That is the nature of reliable and independent eyewitness testimony.

On the other hand, what if the five eyewitnesses told the same story in exact detail?

The officer would suspect the witnesses got together and “colluded” to give an identical statement. And collusion calls into question the truthfulness of the witnesses.

b.  Applying the Analogy to Jesus’ Resurrection

Now, apply this same principle to the death and resurrection of Christ. We know that all the testimony has come from eyewitnesses. And since their accounts are independent and reliable, their viewpoints will be different.

On those grounds, the argument that the resurrection stories are contradictory fails.

You might be wondering how we can be sure.

It is like the detective comparing the eyewitness testimony to the car accident. Once all the information is known and studied, a complete picture emerges.

Analogously, the biblical eyewitness narratives are different. But when harmonized, a clear picture of the events surrounding the resurrection emerges. And this harmony of the eyewitness accounts adds credibility to their truthfulness.

c.  The Jews’ Reaction to an Empty Tomb

e.  Mary Magdalene and the Other Women See Jesus 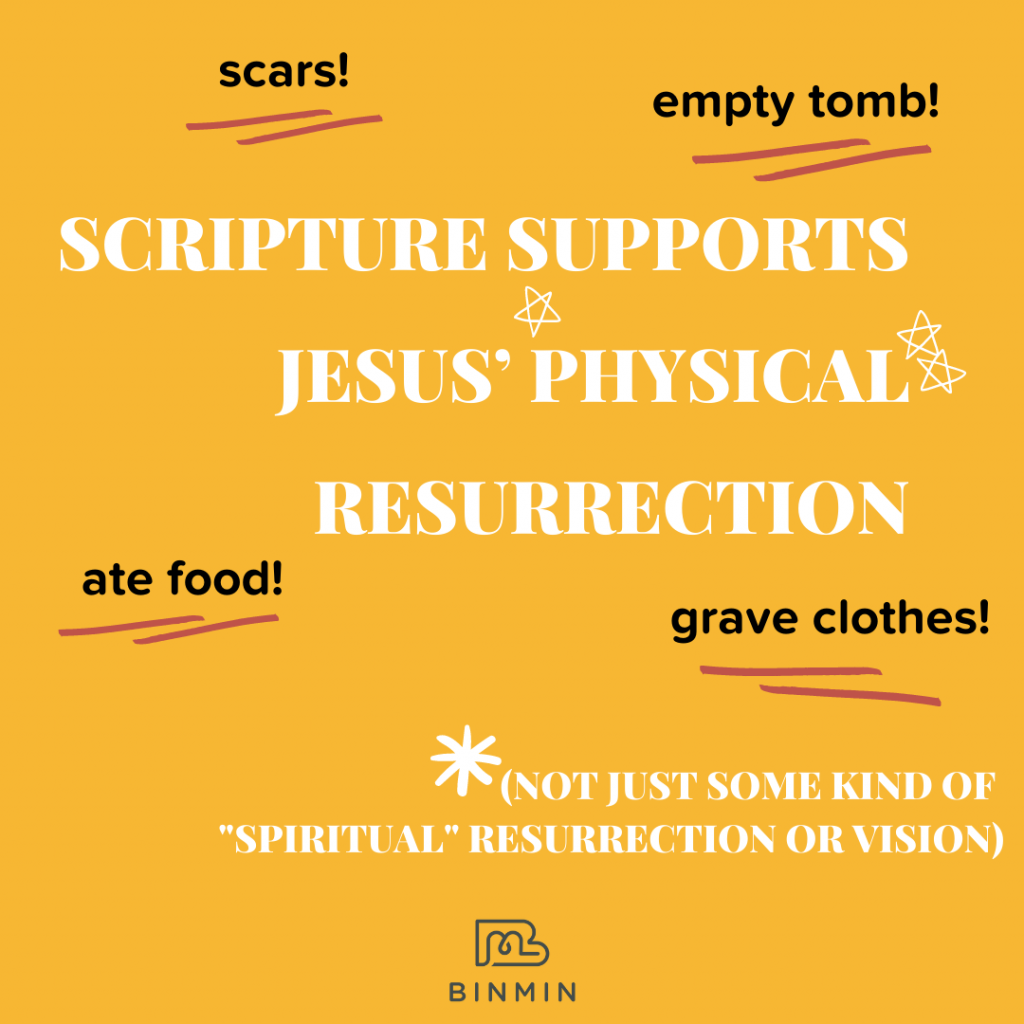 Some people argue that Jesus’ resurrection was only spiritual. But Scripture is clear that Jesus was raised in the same physical body in which he was crucified. His complete resurrection is further proven by:

7.  The Historical Evidence that Jesus Resurrected 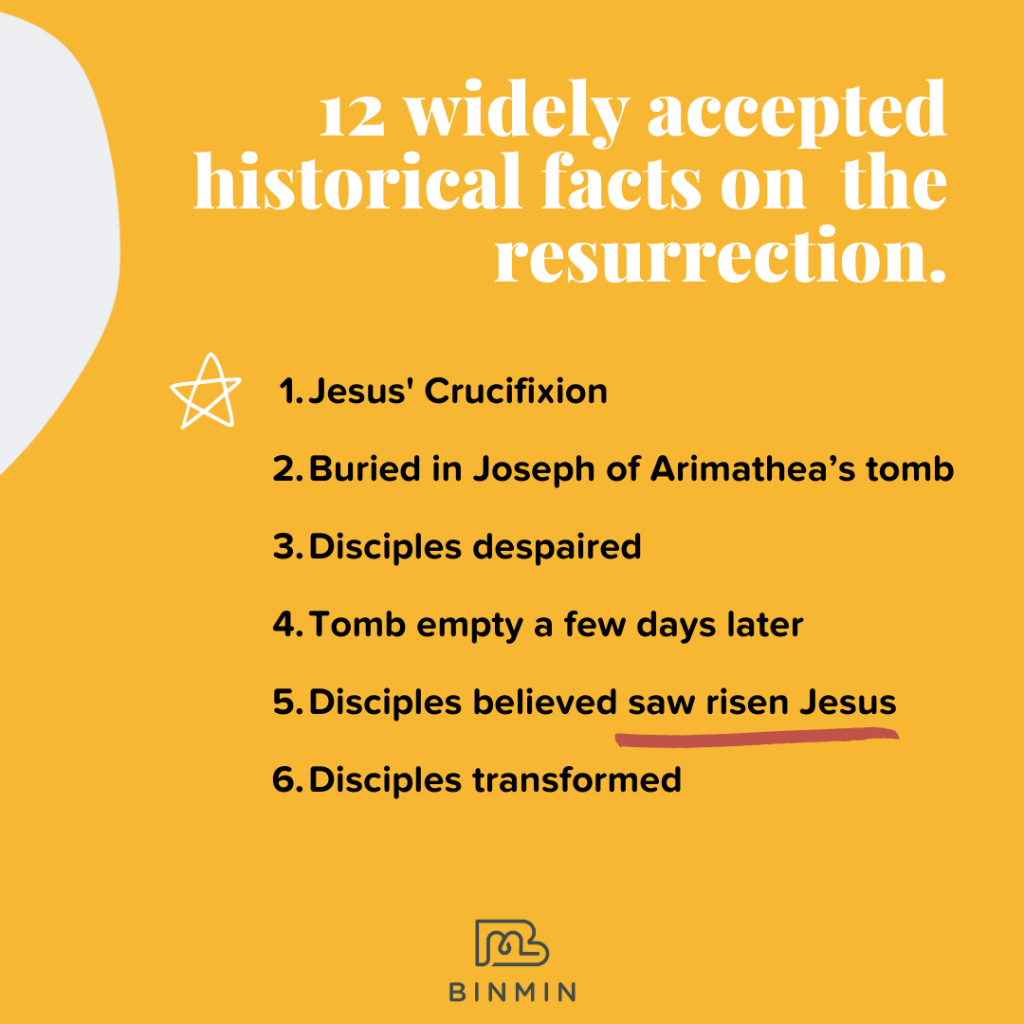 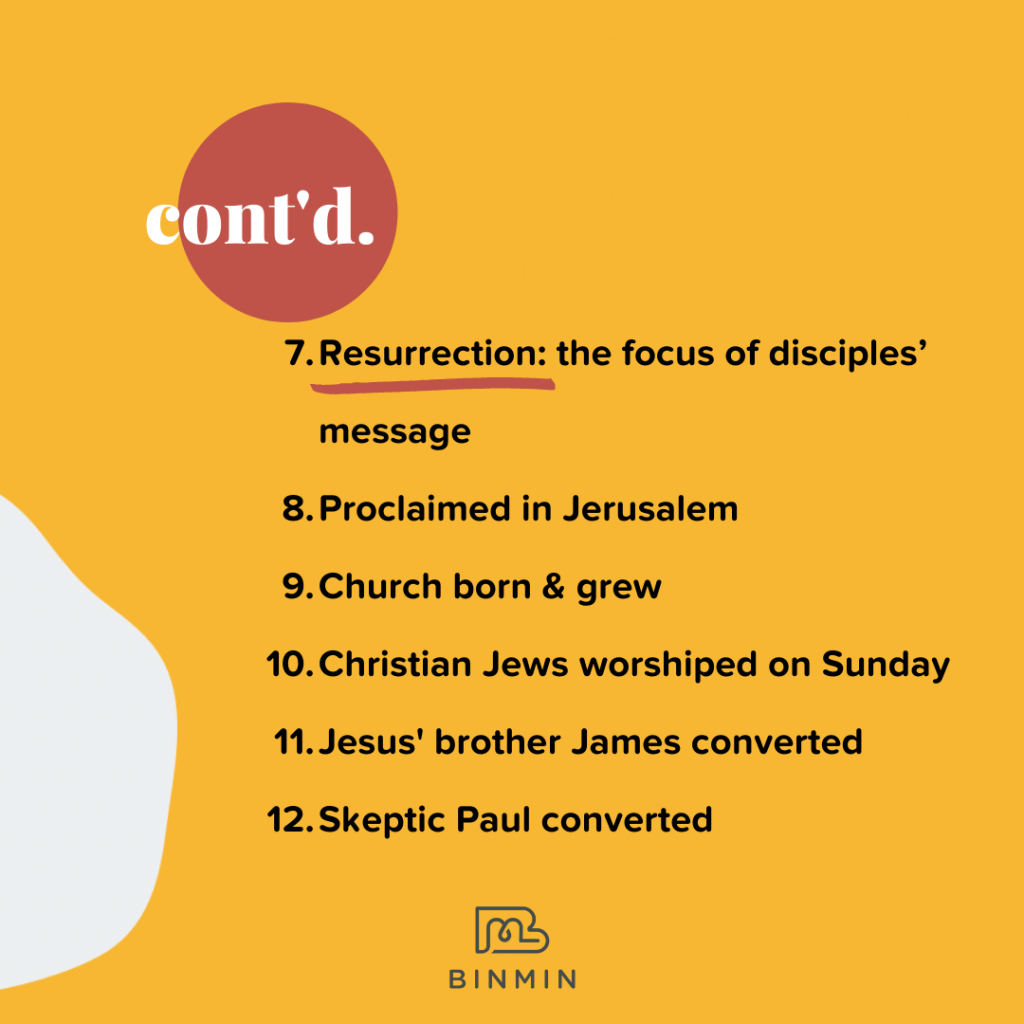 Many people are skeptical about the resurrection. What’s more, there have been several alternatives. All of them are naturalistic explanations for the resurrection of Jesus.

In another blog, I refute nine arguments against the resurrection. Because of that, I will only review five common arguments.

a.  What if… the women & the disciples went to the wrong tomb?

Firstly, the claim that the women and disciples all went to the wrong tomb is doubtful. The Jewish and Roman leaders had a perfect recourse. They could have gone to the right tomb and cleared up the confusion by presenting the dead body of Jesus. After all, they had placed a guard to watch it.

b.  What if… the disciples stole the body?

The claim that the disciples stole Jesus’ body is irrational. The eleven frightened disciples abandoned Jesus after his arrest in the garden.  It is unreasonable to think these untrained men could overpower a Roman guard. And then move the massive stone guarding the tomb.

Lastly, they would have stolen and hidden Christ’s dead body (Matt. 28:13). If that were the case, and they had known Jesus was dead, why would they have died as martyrs for what they knew to be a lie?

c.  What if… Jesus “swooned” on the cross but wasn’t really dead?

This idea suggests Jesus merely passed out or “swooned” on the cross, reviving later in the tomb. This claim is not believable for a few reasons

d.  What if… all the witnesses were hallucinating?

Some have suggested that all the witnesses of the resurrected Jesus were hallucinating. But there were more than five hundred witnesses to Jesus’ resurrection (1 Cor. 15:6). It is impossible to believe all these people had the same hallucinations. And that these same shared hallucinations lasted for forty days.

Fifthly, some say Jesus—his life in its entirety—is a myth. This proposal is impossible for several reasons:

9.  Why is Jesus’ Resurrection So Important? 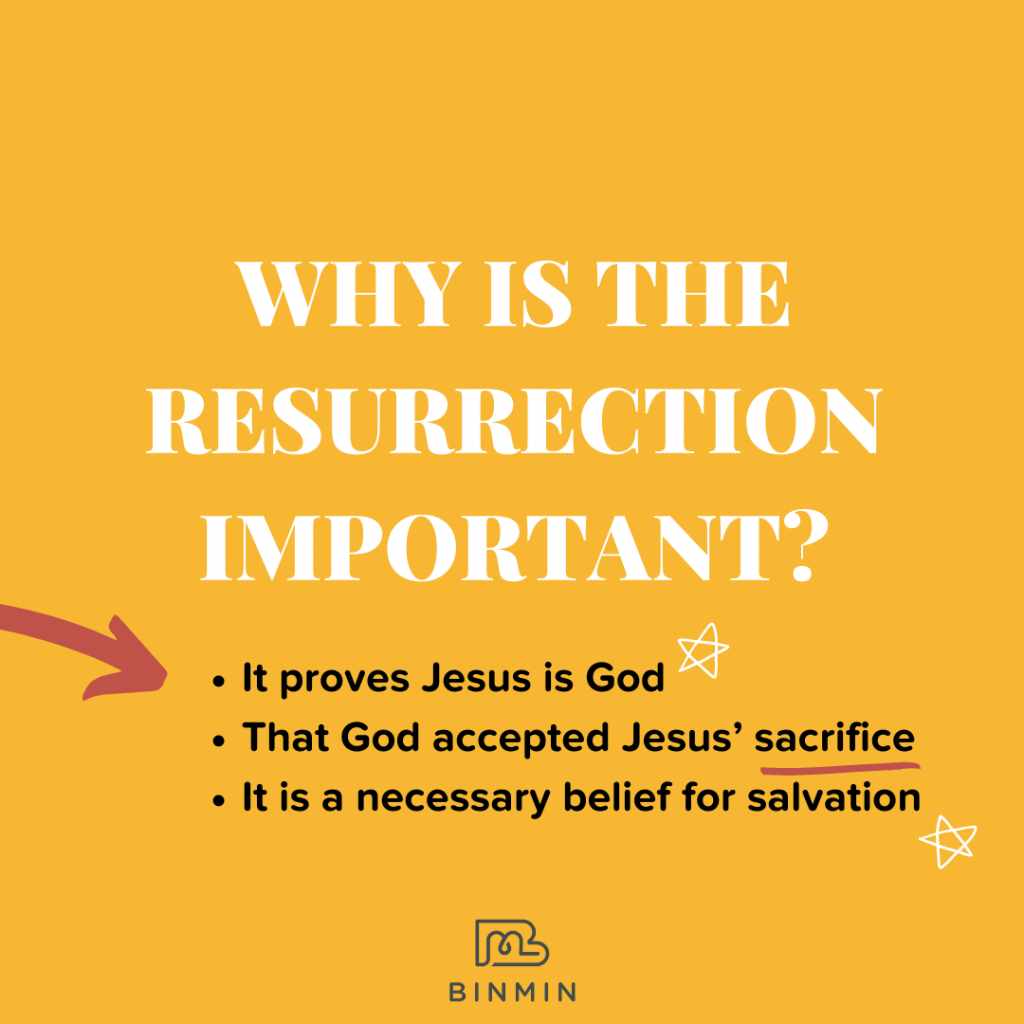 What Is Your Next Step?

Jesus is God. He is the Second Person of the Trinity. Why would he willingly subject himself to a humiliating and painful death for us?

He sacrificed himself because he loves us! That is a staggering truth!

Furthermore, his resurrection proves that (1) he is God and (2) God the Father accepted his sacrifice

While the evidence for Jesus’ resurrection is overwhelming, many refuse Jesus’ invitation. Please do not be one of them. I invite you to hear Jesus calling:

“Come to me, all who labor and are heavy laden, and I will give you rest. Take my yoke upon you, and learn from me, for I am gentle and lowly in heart, and you will find rest for your souls” (Matt. 11:28–29).

If you are a Christian, let me offer you three challenges:

What will you do with this information if you have not yet become a Christian? It is one thing to have “head knowledge” of the truthfulness of Christianity. But it is another to humble yourself, repent of your sins, and place your faith in Jesus.

So, why not place your faith in Jesus today? Then along with millions of other brothers and sisters, you can proclaim with Peter:

“Blessed be the God and Father of our Lord Jesus Christ! According to his great mercy, he has caused us to be born again to a living hope through the resurrection of Jesus Christ from the dead, to an inheritance that is imperishable, undefiled, and unfading, kept in heaven for you” (1 Pet. 1:3–4)