Changing of the Guard: Jesus’ Resurrection from the Centurion’s Perspective

By Marie Welch
Published 10 months ago

When the centurion, who was standing right in front of him, saw the way he breathed his last, he said, “Truly this man was the Son of God!” (Mark 15:39)

It had been days since he had slept for more than a few hours, but sleep was the farthest thing from his mind today.

It was Sunday morning and Jerusalem was in chaos. The tomb of Jesus, sealed and covered by a massive stone, was empty, the stone had been rolled away. Inside the grave clothes lay intact. Fear was rampant with conflicting speculation that Jesus either wasn’t dead or the disciples had stolen the body. But he knew that wasn’t true. He had been on Golgotha. 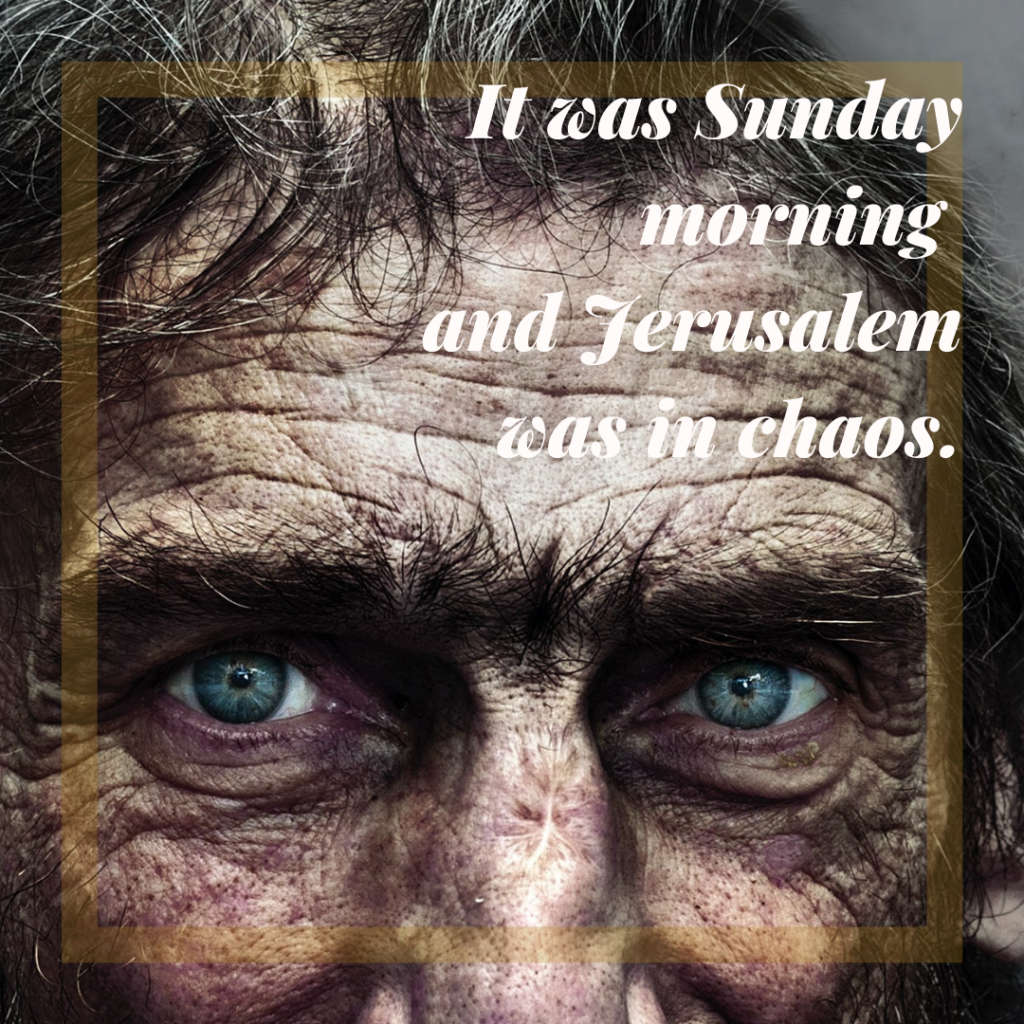 The Centurion, The Executioner

He was a centurion, a member of the elite Praetorian Guards, charged with keeping and maintaining peace in the Roman outpost of Jerusalem, and part of his job included the execution of criminals. He carried out that job on Golgotha.

Now, while uproar flooded through the streets, he escaped to Gethsemane to ponder what he had witnessed–what he now knew to be true beyond any doubt–Jesus, the Son of God, dead, buried, now risen, just as he said.

Passover week began as it did every year with Jews from every outlying district flooding Jerusalem. Normally it was peaceful during Passover, despite the increased crowds. But this year was different.

Tensions rose to fever pitch following the arrival of the controversial rabbi – Jesus of Nazareth – who rode into Jerusalem on a donkey as crowds surged and cries of “Hosannah” mingled with angry dissenting undertones from the religious leaders.

He received warning of the destructive plot the High Priest and Pharisees were instigating and was watchful as they stirred the crowds with their conniving whispers.

Forced to station the majority of his five hundred man battalion near the Temple, they struggled to keep order as mobs crushed through Solomon’s Porch, pushing, and shoving to get near Jesus as he taught. From his position near the Colonnade, he could see a phalanx of priests confronting Jesus, demanding proof of his authority.

He was close enough to hear Jesus respond, and while he didn’t understand, there was no question in his mind of Jesus’ power:

He answered them, “I also will ask you a question. Now tell me, was the baptism of John from heaven or from man?”

And they discussed it with one another, saying, “If we say, ‘From heaven,’ he will say, ‘Why did you not believe him?’ But if we say, ‘From man,’ all the people will stone us to death, for they are convinced that John was a prophet.”

So they answered that they did not know where it came from.

And Jesus said to them, “Neither will I tell you by what authority I do these things.” (Luke 20:1-8)

The Centurion Remembers the Garden

As Captain of the Guards, he bore the responsibility to apprehend Jesus by order of the Chief Priest. One of Jesus’ disciples, a man called Judas, collected money from the priest to betray Jesus, and he led the way into the Garden of Gethsemane where Jesus had gone to pray.  His best team of soldiers followed Judas, accompanied by a gathering crowd of onlookers armed with clubs.

Jesus had committed no crime. He saw no valid reason to arrest Jesus. Instead, he scorned the religious leaders and their hypocrisy. Judas and his avarice sickened him.

Most of all, he was disgusted by Judas’ plan to identify Jesus with a kiss. But this was his job, and he wore the medals to testify to his unquestioning obedience to orders.

The sadness in Jesus’ eyes pierced him as he recalled the gentle rebuke issued from Jesus as they seized him, “Have you come out with swords and clubs to arrest Me, as you would against a robber? Every day I was with you in the temple teaching, and you did not seize Me; but this has taken place to fulfill the Scriptures.”

The Memory of Trial & Crucifixion

This once proud centurion fell to his knees, and tears turned to wracking sobs as the next hours played out in his mind in excruciating detail. The mockery of a trial; the scourging and humiliation meted out by laughing soldiers; the silence of Jesus; the knowing in his eyes as Pilate washed his hands of responsibility and released the murderer Barabbas to the frothing crowd; the brutality of the lashes; the agony through the Via Delarosa; the unspeakable horror of the crucifixion.

He could not breathe through the anguished assault of memories. He relived it all, moment by tortuous moment. He saw the sign commissioned by Pilate, “Jesus of Nazareth, KING OF THE JEWS” nailed in place; he felt the cold metal of the spikes and shuddered from the force of the hammer driving them through Jesus’ flesh. His muscles pulled taught across his shoulders as he recalled the strain of lifting that cross and jolting it firmly into the ground.

Jesus To His Mother, To a Criminal…To Me

Then he saw the love that flowed with his blood as Jesus entrusted his mother to the young disciple cradling her; he saw the tenderness that caressed his face as He assured the thief next to him, “Today you will be with me in Paradise.”

He was the one who lifted the sponge soaked in vinegar to Jesus’ mouth as soldiers gambled for his torn clothing.

He heard Jesus cry out in a loud voice, “My God, my God, why have You forsaken me?” He felt the instantaneous darkness engulf that hill like a shroud as the earth rumbled and split.

It was his spear that pierced Jesus’ side; it was his face covered in the blood and water that flowed forth; it was his voice that echoed through the silence, “Surely, this man was the Son of God.”

A Centurion’s Change of Heart


And it was in that instant that there was a changing of the guard. He walked up Golgotha a Roman centurion and an executioner. After gently taking the body of Jesus down from the cross and entrusting it to Joseph of Arimathea for burial, he walked down Golgotha forever changed.

He cried now for forgiveness with every fiber of his being, knowing it was his sin that nailed God’s Son to the cross. He cried until there was nothing left in him, and then, as the breeze stirred the cypress leaves above, he heard the voice of Jesus in the depths of his soul, “Son, your sins are forgiven.”

Joy On the Other Side

The changing of the guard completed, he rose, discarded his medal-encrusted armor and his helmet, shield, and spear.

This Roman centurion of the elite Praetorian Guard was now a humble follower of Jesus Christ, Messiah, Risen Son of God. He would boldly proclaim this truth for the rest of his life, forfeiting the generous pension and life of ease for the unspeakable glory of eternity with his Savior, crucified for his sins, who conquered death and rose again, just as he said.

Marie Welch describes herself as a simple woman with an awesome God. She is an author who is passionate about encouraging women to know God, to walk intimately with Jesus Christ, and to share Him with the next generation through lifestyle discipleship (Deuteronomy 11:19).  Marie recently retired from 23 years of full-time ministry and now continues to serve in volunteer capacities. Her family is her greatest earthly treasure, being “Grammie” to nine (including a beautiful great-granddaughter) her greatest privilege. Marie loves learning, reading, traveling, and everything Scottish. She blogs regularly at EncounteringMercy.com.